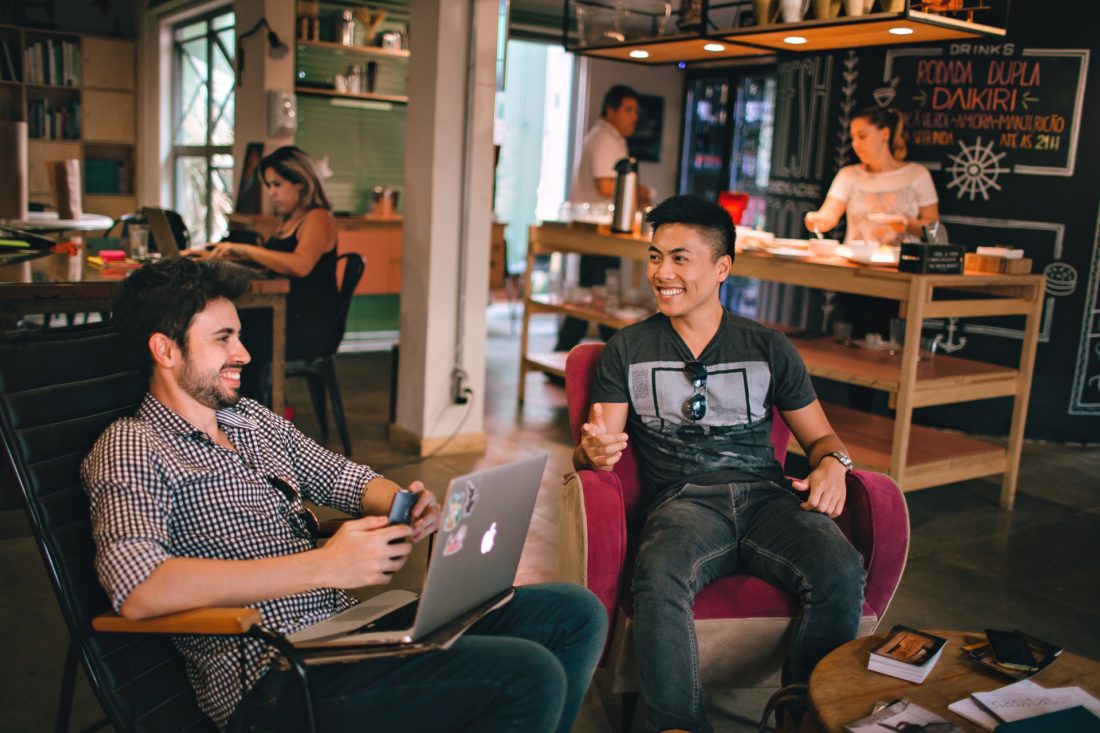 Shane Kersh is a friend who is exceptionally social and outgoing. This balances with my typically quiet and reserved demeanour. In this way we are a perfect duo that compliment each other. I like to have quiet conversations, often one to one whilst Shane likes to involve people in the general vicinity and courts interesting conversations by allowing multiple perspectives into the conversation. I would like to be a little more outgoing but hanging out with Shane helps with the introductions to people I might otherwise not speak to.

When we go out to socialise, Shane is always the first to introduce himself to staff at bars and restaurants. He seems to get away with it. Where others might be considered a little over familiar, Shane seems to revel in the attention he receives speaking with strangers.

Recently he has taken up a behaviour where he flirts with bar staff and coffee baristas whenever we go out. I think he sees it as a hobby. He says it adds a new dimension to his social life and as an artist, he is always looking for new ways to promote his work. By being this open he hopes to engage more people to become his audience but in no way is it self involvement boarding on narcissism. He does like the attention but also i think he finds people endlessly entertaining and interesting. To this end he asks a lot of questions and listens intently to their replies.

Shane has a girlfriend. They have been together for 2 years now and although he sees it as harmless fun to chat up bar staff when he’s out and with no intent whatsoever to act on it, he concedes that if his girlfriend did the same he would be quite upset with her. There is a deeper issue at stake here that is sometimes overlooked. Shane’s girlfriend is very attractive and as a result of this, she gets a lot of attention. Not seeming to look for it, she does let conversations with other guys run over long periods of time, often in front of Shane and it makes him feel incredibly uncomfortable.

I think sometimes he looks for external validation by charming other people to balance this effect.

It has been said that despite Shane’s’ charming and affable nature, by the very fact that he speaks to a lot of strangers, he creates more opportunities where arguments can take place. His affection for politics and having no qualms stating his opinion can then lead to heated debates and occasionally arguments. Sometimes I think he makes a rod for his back by being this out going. Recently he made a comment about Brexit to bar tender and a customer became offended by his statement which escalated in a row.

Deep down Shane has a sense that he needs to reconcile with the discomfort of his girlfriends attitude towards socialising with other men. Whilst seeing it as a skill to be able to make new friends quickly, he also realises that internally he is apprehensive about the loyalty of his girlfriend and has admitted on occasion that he sometimes want to ‘balance the books’ by way of being flirtatious to other women to feel better about himself.

To this end, Shane is seriously reflecting on the suitability of his girlfriend but also why he feels nervous about his girlfriend being chatted up. Jealousy is consuming feeling and as a result he wants to work through that in order to improve himself.