Can Stoicism Really Make You Happier? We all want to be happier,and there are many philosophies and techniques out there that tell us how to deal with our problems in many different ways. Stoicism may seem like just another one of these philosophies that keeps sprouting up all over the place, but it’s more than that. Stoicism works, and has been around since 300 BC. Stoicism does not rely on complex formulas or things that you may not understand, it relies on things that are pretty basic. Can stoicism change your life? Absolutely if you give it a try. Of course, like anything, if you don’t actually use it, it won’t work. If you make a wholehearted effort to try it, you will find that over time it will make your life a lot easier, and it will be much easier to be happy. Here are some of the basics. 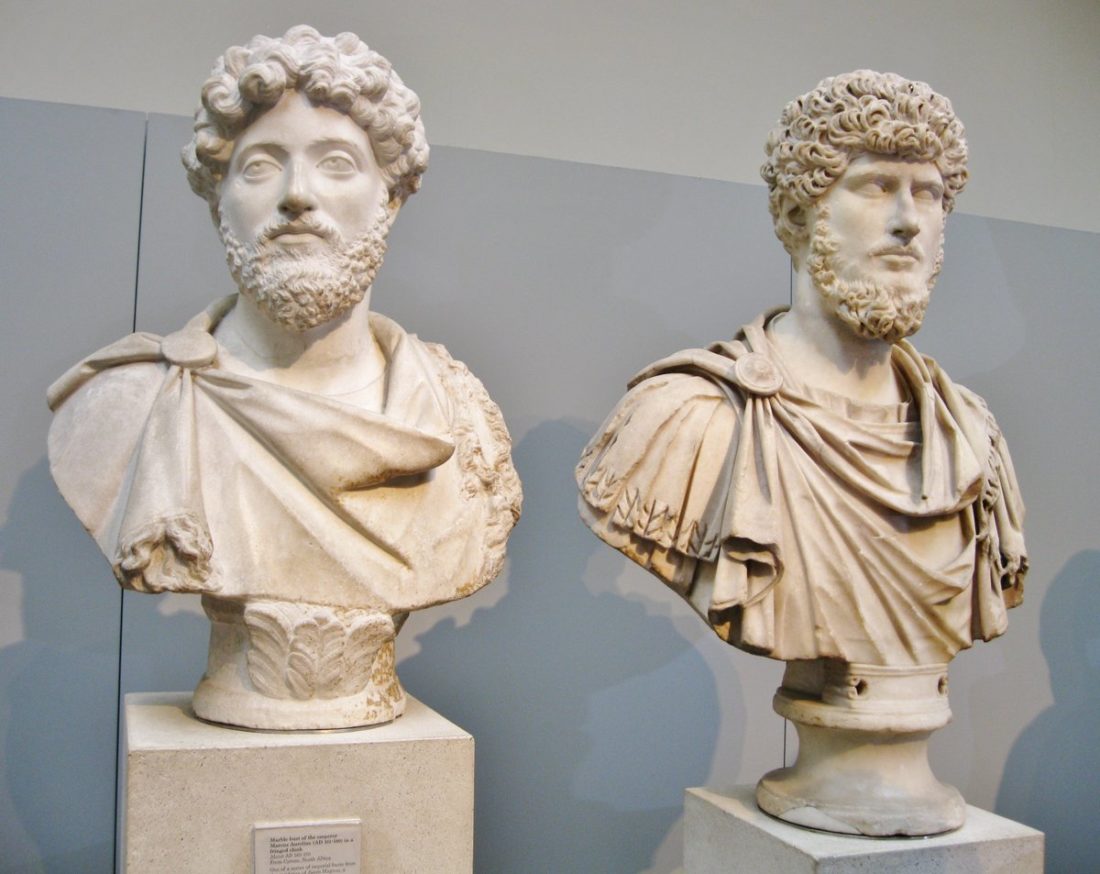 Stoicism has been used for well over a thousand years and been practiced by people in all walks of life. Everything from the ruler of the Roman empire, Marcus Aurelius, down to a slave named Epictetus. The third most famous stocist, was Seneca, a philosopher. These three are probably the most well-known historical figures that practiced stoicism. However, the man that is credited with the creation of stoicism is Zeno of Citium from Athens.

Deal with what you can control

One of the many tenets of stoicism is dealing with what you can control, and not being bothered by what you can’t control. Most people in this world will let things they cannot control consume them. This can fill you with negative feelings and anxiety. Let’s be honest, when you can’t control something, there is nothing much you can do about it, so move on. By dealing with what you can control, you’re cutting down a lot of the problems that you have to deal with, and you might actually make it difference in dealing with them. Try making a list of all the things that bother you, and then think carefully, and check off every item that you cannot do anything about. This will leave you a list of things you can actually change. It will make it seem as if there is a lot less you have to worry about and you will feel better by actually being able to do something about this smaller list.

Change how you look at things

Another good tenant is changing how you look at things. Change it into something that doesn’t bother you as much as it did before. How you view things, whether intellectually or emotionally, is how you react to the world.  That something so simple as this can change your whole outlook on life almost immediately is quite mind-blowing. Let us give you an example:  you’re driving on a busy road in stop and go traffic and a car is cutting down the emergency lane passing everyone, and not waiting their turn like everyone else. For most people, this is rage inducing, and it makes you angry. Some people will go as far as trying to move partially  into the emerency lane and cut it off so they can’t continue any further. You know you have felt this, we all have. So, let’s change how you look at it. What if the person that is driving in the lane, is on the way to the hospital because a loved one of theirs was injured? or they are rushing home because on a conversation with their child they heard a tremendous crash and the child stopped answering? In both those situations, you yourself would ignore the traffic and drive down the emergency lane to get home. So, as you do not know why they are driving down the lane, think of it that way, and you may find yourself moving over to give them room to get past. All that anger inside you goes away. How hard was it to just look at another possibility that you can handle that didn’t upset you? So change how you look at things, change them into something that doesn’t upset you, and you will find that life is a lot happier.

Similar to the previous point, change how you look at your own life. Instead of looking at all the negative things, and things you can’t control, start looking at all the positive things in your life and actively be grateful for them. Look around you at your family, and friends. Look around you and see what you have, and what health you have. There is an old saying “I cried because I had no shoes until i saw a man who had no feet”. Appreciate your life and practice that appreciation every day. If there’s something that you cannot get over in your life that makes unhappy, go back to point number one above and ask yourself if you can change it. If you can change it go ahead and change it, if you cannot change it then learn to live with it as you can’t do anything about it.

Ok, both of those seem fairly ominous thoguhts, but in reality, they can be used in a positive way. Stoics do a thing that they call practicing misfortune. They look at their life and see what they are afraid of. Are you afraid of not having enough food? Then for a week, try eating like a starving college student. Experienc a lot of what you are most afraid of and you will find that it’s really not that bad. As for death? It makes you realize that you have to live life every day to its fullest. Realizing that death is coming and you can die will make you try and live your life better. How bad would it be if you’re miserable because your life is slowly moving and not going where you wanted to and then you die. It happens. So, as we don’t know what the future brings, realize that it can happen and never leave things unsaid that you want to say, or not to do things that you want to do. Don’t be afraid of death, use it as a tool to live your life.

Of course, there are many different tenants in stoicism, and if you really want to get deeper into it, Marcus Aurelius wrote a journal every day of his life (by the way, writing a journal is part of the practice of stoicism). You can read what the ruler of rome thought about stoicism and how he dealt with life and behavior under pressure. Stoicism has been around for thousands of years, but it seems like only recently it is getting the mention it deserves. It is something we practice, and we believe even if you only take one or two of the tenets of stoicism, you can make your life much more fulfilling and rich. There are many good videos on youtube, and we encourage you to have a look. Stay stoic

Getting Fit in 2019, The Latest Science