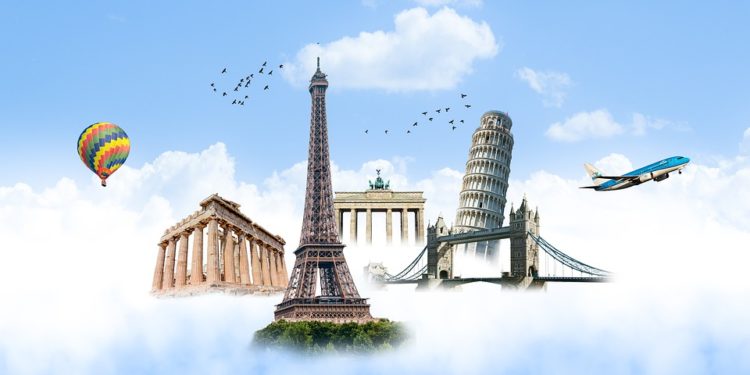 Travel has changed an awful lot over the years. In fact, if you go back to the 60s and 70s and look at travel you wouldn’t even recognize it today. Things were much looser, it tended to be more for the people with money as it was expensive, but the service was everything. Though it may seem politically incorrect, airlines prided themselves on having the best looking stewardesses and even advertised this fact on tv. These days travel has become a staple in all our lives. More often than not, you can take an airplane for less than the cost of gasoline for driving a car to a location. Very often a train trip is more expensive than the airfare. Sometimes even a bus trip can be as expensive as the airport. So, flying has become the de facto way of getting around longer distances. That doesn’t mean to say that it is always the cheapest way, It just tends to be the most reasonable. Here are some of the things we noticed today. Ok, luxury still exists, but mostly it’s in first class and sometimes business class. In fact, first class today in some airlines can put any first class in history to shame. Some even include your own miniature little hotel room. Generally though, in what we like to call the peasant seats, things have got much worse. The seats are closer together and tighter with less leg room, the amenities are almost non-existent, and often the seats and area are not as clean as it could be. Although most flight attendants are very nice people, most of them today are overworked and if you are not careful, they can get a little bit cranky having to deal with too many requests. In the old days’ service was over the top and they helped you regardless of what you asked as best they could. Your best bet for not suffering too much is to try and find seats where you have an empty seat next to you. There are also websites such as seatguru.com that will tell you which seats are better on a plane and with are worse, so you know what you’re picking.

In our opinion, This is one of the few areas that has got better over the years. That’s not to say that your airline meal is great, but they aren’t bad. In the old days, we seem to remember them being worse. However, one of the newer tricks that the airlines are doing is not feeding you for free in the airplane. It used to be they would pass out snacks, give you free drinks, give you meals, and keep you going. These days you have to pay extra for that. Another thing we have noticed in the fine print is that some of the airlines do not allow you to bring your own food on board. Though as of this time we have not noticed this being enforced, it is interesting to notice that it is there in the rules. I suppose they want you to buy theirs at the exorbitant rates they charge. We would say keep bringing your food onboard until they actively tell you-you can’t. We might be a little bit more careful on eating our food these days, but we would rather bring things that we enjoy rather than pay for things that we don’t.

You used to be able to take a lot of luggage,  and unless you were really overweight it wasn’t really noticed. These days they charge you for suitcases and charge you for carry-ons if they’re even a little bit heavy. By a little bit heavy we mean 7 kilos or 15 lbs. You really cannot pack much in a bag for travel at 7 kilos. In fact, some airlines are starting to make it so you pay extra for a carry-on bag completely, though you are still allowed a personal bag, which is basically a carry on that’s much smaller. The best way not to suffer here is to learn to travel light. There are whole communities that are devoted to traveling with one small carry-on bag. You can check out some of these communities, such as one on Reddit, and they will give you advice on what to take and what not to take. Because really, why pay more money for something that you don’t end up wearing anyway.

One of the best parts of traveling these days as entertainment. Although you bring it with you on a tablet, laptop, or phone, it’s much better than the single movie that they used to pick for you to watch in the old days. Our suggestion here is to make sure you packed your phone or other electronic gizmos with enough materials to keep you entertained for the trip. We would also suggest you bring a power bank in case you run out of juice while you’re traveling. Remember that they limit the size of the power bank, but the limit is pretty high so it can carry you a long way. Another good trick is get an extra long phone charging cable,as it 10 feet long or more. There are many charging stations when you travel in airports, but unless you like to sit on the floor right next to it with everyone else, you aren’t going to be comfortable.

Although travel agencies still exist, it is generally more for larger companies that have a larger amount of travel and don’t want to make the effort to do the research themselves. Travel agencies these days deal more with people that have more money than time. If you are a normal person like us, the internet is a wonderful place to find deals. If you are looking for the best price on a trip you should at least start with google flights and poke around. Try and pick flights that have a shorter duration with fewer stops if you want to enjoy the trip more. It’s also a good idea to check on the airline that you will be traveling with to see what others say in a review. Some airlines, which we will not name, we would never travel on again. I’m sure a few of you already know some of the airlines we are talking about.

In the old days, you could get to the airport 15 minutes before the flight left and you would be ok. In fact they would often hold of the plane for you. These days if you get to the airport less than 30 minutes before the flight has left you’re out of luck. Even if you could get to the gate with 20 minutes to spare before they even start loading passengers they don’t care, you weren’t there early enough. Our advice is to get to the airport 3 hours before your plane leaves. In a pinch no less than two hours. Although your flight might only be a 30-minute flight, you are still going to have to spend that time at the airport. Up until recently, we used to go to the airport and check in and then leave the airport and go to a local coffee shop or mall to spend the extra time there until we had to go back. These days however the security is so tight, and takes so long, it’s not worth doing. This is where your entertainment devices come in handy. You are going to be sitting there waiting, so just make the best of it while you can. Patience is a virtue, and once learned will make your life a lot happier.

So, basically it comes down to travel light, bring your toys, get there early, and do the research. Travel these days doesn’t have to be a chore, as long as you spend a little bit more time planning. We have found that traveling light is probably the biggest difference that we have noted. Once we started traveling with carrying ons only, we found that life became a lot easier. In many airports, you can even use the automated kiosks to get your boarding pass as you’re not checking any luggage. So again, travel light and do your research and all will be well. Happy travels.